The Radikal Sunflowers mixing up Reggae, Dancehall, Reggaeton and Soca.
This mixup and the powerfull presentation will make everybody shake the booty, wavin the rags and singing
the puchlines. A Mouthorgan is meeting deep Basses and DJ Styled Lyrics in english, german or spanish. 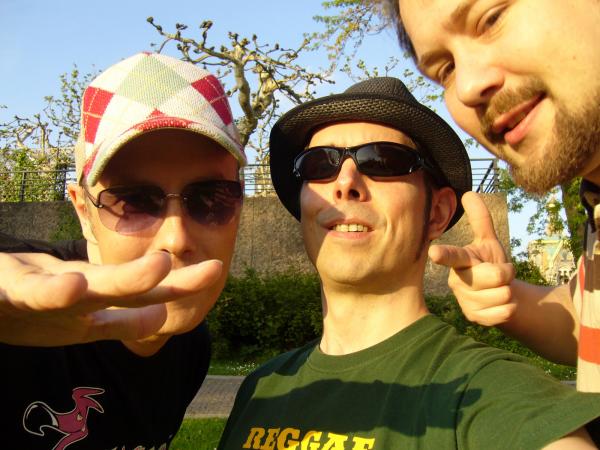 Until 2008 the Colectivo from Darmstadt, Germany released 3 EP´s
- Destinación Realidad - Six rounds of heavyweight action - Movida –
The Tune „Walk Upright“ was released 2007 on the One Riddim Sampler „Crazy Night“ produced by
Berlins SWS Sound and some Mixtapes getin heard in the scene. Plenty shows was played behind the
regular dance Love & Unity, among others at the Trebur Open Air, Folklore im Garten WI,
Museumsuferfest FFM with Artists like Ganjaman, Uwe Kaa, La Abuela Coca, Don Sharicon, Jah Sesco
and many more. Early 2008 the Album Join the Colectivo gettin released and at the moment they workin
on new tunes for the upcoming Album Come again, wich should be released as freeload at the end of 2009